Aspirin is an analgesic, which means it is a drug used to

relieve from pain. It is the trade name acetylsalicylic acid.  Aspirin works by inhibiting the discharge or prostaglandin, a hormone-like substance. Aspirin helps relieve symptoms of many various conditions such as, rheumatoid arthritis, osteoarthritis, and systemic lupus erythematosus. Moreover, nonprescription aspirin is used to relieve of symptoms ranging from fever to headaches to muscle aches to tooth ache to menstrual pain, and even to colds. Aspirin has also been prescribed to decrease risks of people who suffered from heart attacks and transient ischemic strokes. It is one of the most common pain-relieving medicines found in households, but if taken in large doses, it may be serious.

Brands that Consist of Aspirin

Aspirin is available as it is or in combination with other medications, such as cough and cold medicines, pain relievers and antacids. Often, the cause of aspirin overdose is unawareness of presence of acetylsalicylic acid in certain drugs.

Some Brand Names of Aspirin

Some Brand Names of Combination Products

There are several ways to overdose acetaminophen, which are either intentional or accidental.

Taking aspirin may have side effects and these are no cause for worry. They do not necessarily mean an overdose has occurred. Seek medical advice if one or more symptoms persist, especially in severe cases. Some of these include:

Symptoms of aspirin overdose are more serious than any of the aforementioned symptoms. Some of these include: 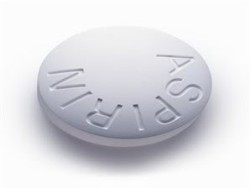